Hum. Yea, I experimented with saving the text but went without it because the google information is sometimes so different than the written out information. Especially because the text won’t always match up with the pin, in some cases I’ve found it’s easiest to just type a general location (philadelphia, pa) and then place the pin myself. In that case I wouldn’t want the general text. So, because sometimes the text is needed and sometimes it’s not I decided to just drop it all together. It seemed to make the implementation a little easier to understand. Good idea with the return though. I’ll try putting a link or button in to add a pin.

Mark - have you had an issues with the map not showing in the CP? It shows fine on the publish pages, but it doesn’t show on the edit pages. I’m using a Mac - it doesn’t show in either Safari or Firefox.

Another interesting side note - Only the map controls will show in my actual website layout (not the map itself), UNLESS I throw a PHP error, in which case the whole map shows properly. Gotta love cheese:

EDIT: So if I remove the width and height parameters in the EE tag calling the google map the map will show up on my site (not talking the CP). Or if I remove my DOCTYPE from my HTML - but that’s obviously not a good option.

EDIT 2: So I pulled the width and height declarations from the extension, and instead put in a class. If I use CSS to style that class then the map shows up fine on the site sized however I like. Strange quirks.

I pulled the DOCTYPE out of the CP html just for kicks but it didn’t fix it not showing in the edit panel.

EDIT 3: I think this might be the issue? On the edit page there’s an error thrown (that doesn’t happen on the publish page):

Mark - found a bug that crashes IE6 consistently. Line 531 of your extension:

Will crash IE6 every time.

All you need to do is add .x to the API version and all is well (no more crashing IE6). Like so:

Figured you wouldn’t want to crash all your IE6 users :D

Any ideas on the map not showing in the edit window? Does it show for you?

Blah - ok so I lied. It still crashes IE6 consistently (for some reason it didn’t that one time I reloaded after the change). Any ideas about this? I’ve searched the Google Maps API Group to no avail. Does anyone have it working in IE6?

EDIT: Adding the .x throws an error pop-up and stops the page loading at that point, but shows the page and map - just not any HTML after that. Not having the .x throws the error and redirects to an ‘IE cannot load this page’ default page - so technically it isn’t crashing the browser. The error message that pops says ‘IE cannot open this page. Operation aborted’.

i’m looking at it now, and it doesn’t seem to be crashing IE6, but i’ll keep testing.

i’m looking at it now, and it doesn’t seem to be crashing IE6, but i’ll keep testing.

I just found this:

My page works in Firefox but not in IE

IE will produce “Operation Aborted” and “Cannot load page” errors after partially rendering the map if the Javascript is contained inside a <table> or <div> or other incomplete element modifies that element.

The easiest fix is to move all your Javascript to the bottom of your HTML file, just before the </body>. Be sure that all open <tag> elements are closed with a matching </tag> before the script.

See other solutions in the FAQs#Browser Problems.

That’s my exact issue I believe as it’s in the middle of multiple wrapper divs. Is there a way to separate output to two tags so I can call the JS at the bottom of the page?

Hmmm well that doesn’t seem to be my issue either. I pulled it completely out of the layout and put the map right before the </body> tag - and it’s still crashing IE6 every time.

ah, silly IE - what a burden you are. the thing about it is that shouldn’t be a problem because I’m using the addDOMLoadEvent() to run the script after the page completes loading, not inline.

I just editing my last message - but here’s more:

I hate IE as well - I’m trying to get around the disappearing text bug - I can’t use postition:relative in my CSS because it breaks my layout - so there are large portions of my text that simply don’t show up in IE6 at all. I can’t stand IE.

Mark does the Geocoding map show in the edit window for you? 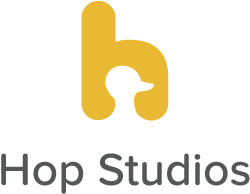 Hop Studios
459 posts
about 15 years ago

I’m getting ready to recode a site that uses Google Maps: http://www.thinksalmon.com/

Any chance you’ll be producing a version that stores the zoom level? If so, I’ll switch to your plugin.

@The Pie Man: Alright, i’ve pulled just about every hair out of my head over this one and still came up empty. I’ve tried every conceivable fix in the Google Groups and implemented all kinds of samples, all of which gave me the same blank grey box. So I went to Tools » Internet Options and added my domain as a “Trusted Site” under Security, and viola, the map started working. Don’t know why, but go ahead and try that. I’ve also made some fixes for IE in v103, so also download that.

v103 is now up @The Pie Man: Alright, i’ve pulled just about every hair out of my head over this one and still came up empty. I’ve tried every conceivable fix in the Google Groups and implemented all kinds of samples, all of which gave me the same blank grey box. So I went to Tools » Internet Options and added my domain as a “Trusted Site” under Security, and viola, the map started working. Don’t know why, but go ahead and try that. I’ve also made some fixes for IE in v103, so also download that. @supersusie: Zoom’s are now remembered. If you have one point, it will remember that one point’s zoom. If you have multiple points, it will use the furthest out zoom. If that doesn’t show all the points, it will use the necessary zoom to show all the points. Have fun!

Thanks Mark for all your work - you’re a backbone of the EE community here. Using v1.03 IE6 doesn’t crash when loading a page with a map - yay! Unfortunately the map doesn’t show, but at least the page shows… I tried the trusted sites trick to no effect. I’m either going to just leave it and let IE6 users suffer or use PHP to detect the user agent and only serve up maps for people not on IE6. Not sure which at this point.

EDIT - so what’s the deal with the subscriptions not emailing out notices half the time? I just checked in here by chance not thinking anything new had been posted… :(

@The Pie Man: If your using the extension to generate the map on the front end you may want to try hardcoding the map and use the “_raw” tag to get the points. It could be something I’m doing in the extension.

OH!!! and for the subscription thing, i just figured this out. in your email preferences you’ll want to turn off “smart subscriptions”. that says to only email you if you’ve visited the thread, meaning if you don’t click the link in each email you get you’ll stop getting emails.

Good idea about hard-coding it - I’ll try that. And thanks for the tip about emails - that was driving me batty!@