Join the community at the EEConf Spring Conference - May 25, 2022 Get Your Ticket Here! 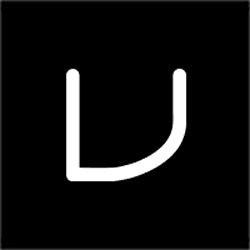 verveuster
36 posts
one week ago

Any idea why this happens? Thanks

JCOGS Design
117 posts
one week ago

There is a longstanding bug (or perhaps feature) that affects the channel import part of EE:

The issue is that EE makes (it seems) no attempt to allow for the possibliity that you might already have fields with the same name, and if you try to import a second field with that name you get the kind of confusing form response you illustrate in your post.

This is most notable when you import more than one channel set from one site to another, since it is quite possible that the multiple channels share some field definitions - after the first channel is imported any subsequent attempt will throw this error. For as long as this duplicate field issue is not mitigated it makes the channel import feature considerably less useful.

There is (unfortunately) not much you can do about this - the import dialog does not let you skip fields, so all you can do is rename the duplicate fields manually and then go back into the channel field definitions and ‘correct’ the import to point the right fields, and then go back and delete the redundant mis-named fields.

One thing to try is, when you are renaming the duplicated fields, rename them by putting something like a_ before each name: that way when it comes to sorting out the correct field allocations the ‘wrong’ fields will appear at the top of the channel field list, and when it comes to removing the unnecessary fields again they will sort to the top of the fields list.

In theory you could edit the channel set import file (which is just json if I remember rightly) to remove the instructions to import the duplicated fields, but since the format of this file does not appear to be documented anywhere the scope to break things while doing is significant.